It’s a safe assumption that you will have, by now noticed Instagram’s rebrand that happened in the last week.

Putting our phones to one side that evening, falling asleep and leaving behind the familiar, we woke up to something completely unfamiliar. At some point during the night my Instagram app did a background refresh and transformed itself from the vintage style polaroid-esque camera, to tie dye style minimalism. (From a moth to a butterfly?)

Although they may A/B test features and journeys, no one really asks the user before making these kind of updates, so how do we feel when this happens? People notoriously don’t like change, and the Instagram app logo hasn’t changed since it launched five years ago.

People are creatures of habit

A change in branding can have a big impact on the way in which consumers perceive a product/brand. People buy the same products by the same brands, and when something fundamental such as a rebrand occurs – this habit is somewhat disrupted. It’s like starting over with that brand.

That said, the move from the skeuomorphic design is long overdue. Apple have long since moved on towards flatter design for its interface, and subsequently, the design world followed suit by changing App icons and interfaces.

The new minimalist interface means that the only colour now comes from the users' content, and as all of us know in Marketing… it’s all about content; in particular - moving content. This tells you how purposeful the update really was. With fewer details for the app interface itself, the video content can now be viewed with as little distraction as possible. In one fell swoop, content has become the star of the show.

Instagram has between 200 million and 400 million daily active users (depending on who you ask), with users spending an average of 21 minutes on the app per day, from multiple interactions. With those levels of brand interaction, I think it’s safe to say that the naysayers, knee-jerk reaction to immediately reject the change will quickly fizzle out as the habitual tapping of the app and scroll through of the new content starts to ingrain the new logo and interface into our minds as the Instagram style.

In light of Instagram's rebrand, our design team had a think about how they would have tackled the rebrand if they were to do it. Here's a look at their take on the Instagram logo:

For a look at further Instagram updates take a look at a few of our past blog posts here.

What do you think of the new Instagram re-brand? Are you fan? Tweet us your thoughts at @bcsAgency 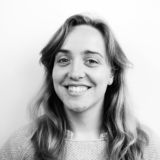 The Dos and Don’ts of Influencer Marketing