The Most Misjudged Adverts of 2017

2017 is coming to an end, and another advert is causing controversy on the internet this week. With almost a year full of adverts beckoning we thought we’d look back on some that didn’t go down to well with the public…

The skincare brand has stirred the pot and landed themselves in hot water twice this year – both due to poorly judged representation of women. The first advert in May was promoting limited edition body wash packaging that was designed to promote diverse representations of female bodies. However, comparing women’s figures to largely shapeless, abstract soap bottles ultimately sent the wrong message.

This week they find themselves apologising for an advert promoting their body wash. The short clip posted to Facebook showed a black woman removing her brown t-shirt and seemingly turning into a white woman – supposedly representing the ‘cleanness’ felt after using their product. But it doesn’t take a genius to see why people took offense to this, and the retailer was forced to apologise for what has now been labelled a racist advert.

Pepsi released an advert earlier this year in April named “Tone Deaf”. Well, it definitely left some ears ringing as it went down like a lead balloon. The storyline was based around protests occurring around the world with Kendall Jenner as the star, who seemed to end all the hostility by simply handing over a can of Pepsi to one of the officers. In a year where dictatorship and police brutality has been the subject of many headlines you can imagine why most did not really buy into this advert. The advert was pulled after the huge backlash received over social media and, more prominently, the show Saturday Night Live.

Emotional cues within adverts can be very powerful elements. Just look at the AXE advert earlier this year. However, sometimes it doesn’t always work out, and it can be debated whether this is due to the brand positioning, the services provided or the industry in general. In this McDonalds advert which was released earlier in May… It didn’t work out at all. The storyline is focused on a young boy and his single mother, who embark on a journey to their local McDonalds. On this journey the boy comes across several moments in which he begins to reminisce about his late father. Attempting to compare the loss of a parent and eating a Big Mac was never going to go down well. Social media exploded and the ad was swiftly removed.

Whilst perhaps more annoying than misjudged, Moneysupermarket’s twerking man in heels received the most complaints (455) of any campaign to the Advertising Standards Authority. We’ve all seen the middle-aged man walking through the streets dancing in tight shorts and heels until he reaches a car park and has a dance off against a construction worker. All more than a bit random.

Viewers objected that it was offensive and overly sexual which could potentially encourage hate crimes. However, despite the high volume of complaints, the advert was not considered serious or offensive enough by the ASA to push for a removal. 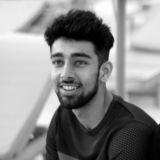