Exploring how social compliance methods can and are already being used on the web. How are designers using similar techniques as Derren Brown to persuade people to perform certain actions online?

Compliance is when an individual changes his or her behaviour in response to an explicit or implicit request made by another person. Compliance is often referred to as an active form of social in that it is usually intentionally initiated by a person.

Tuesday night saw the Channel 4 airing of Derren Brown’s ‘Pushed to the Edge’ programme. He investigated the power of social compliance and used it to persuade an unwitting member of the public to believe that they had the capacity to push someone off a tall building to their death. Edge of the sofa stuff that left me shouting at the TV - “How can someone be so easily influenced?”

SPOILER ALERT. Through a series of choreographed events, the programme sees Alex (the aforementioned member of the public) initially partake in a small action of compliance by labelling meat filled sausage rolls with a vegetarian flag. Through Derren's meticulously planned evening, Alex (becoming complicit in a number of increasingly high stake scenarios) is then persuaded to hide the body of a seemingly dead man in a wooden crate, take on his identity, read out his pre-written thank you speech to a room full of people, stage the situation to look like the dead man fell down some stairs, before the ultimate final test – to commit murder and push a man off a roof to his death!

Witnessing Derren's power over an individual's behaviour was frankly quite scary. He expertly uses persuasive and repetitive language, celebrity endorsements, and strong authority figures to incite behavioural and attitude changes to achieve the results of his experiment. These psychological principles can be applied to other scenarios, allowing human behaviours to be exploited.

This got me thinking about how social compliance methods can and are already being used on the web. How are designers using similar techniques as Derren Brown to persuade people to perform certain actions online? I noticed that Derren employs a number of persuasive techniques not dissimilar to psychologist Cialdini's six principles of influence.

People tend to return a favour

The best example of this is the pervasiveness of free samples in marketing. If you give away a free sample pack then your customer will feel slightly indebted to you and be much more likely to make a purchase from you in the future.

Let's say we ask someone to show their support for a cause through a small gesture such as a Facebook like, they will be much more likely to continue this support, even on a much larger scale. In order to appear to be consistent with their original commitment, people will act in a manner that is congruent with their own self-image.

People will do things that they see other people are doing

Two common ways of influencing your audience's behaviour is to use statistics (number of likes, comments etc) and customer reviews. This principle is frequently employed by Hotel websites with examples such as “12 people have booked this hotel in the last 24 hours”. This assists in validating your own decision making.

People want to follow the advice of a formal authority figure

When performing a new behaviour online, people look to a legitimate authority to communicate confidence and reassure their actions. Offering guidance and direction through an online experience is paramount to helping people reach a desired destination. This method is particularly relevant during a checkout process where clear, defined steps and progress bars are commonly used.

People are easily persuaded by other people they like

For example, people are more likely to buy something if they like the person selling it to them, hence why so many brands are endorsed by celebrities. They're validating a decision/behaviour for you and leading you to believe that a product can be attributed to the celebrity's success.

We see value in something that has limited availability

Perceived scarcity is typically used to generate demand and encourage purchasing behaviours. Stating that offers are available for a "limited time only" or that a product has “only 10 left in stock” will encourage sales.

It's fair to say that we are all susceptible to these principles of influence. As customers it is helpful to understand how we can be manipulated in this way to avoid being exploited. On the flip side, as designers we can consciously use these techniques tosubtly entice our users into performing certain actions.

Whilst I don't expect we can persuade someone to commit murder through a badass piece of web design (maniacal laugh), these principles can certainly help us to apply psychology to our designs and give a valued insight into core human behaviours.

If you would like see how your brand could benefit from excellent web design, why not get in touch with our team at info@bcsagency.com or on +44(0)115 948 6900. 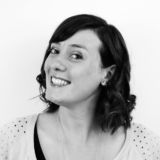 The balance between SEO and UX